Distributing an iPhone app for testing (Ad Hoc Distribution) can be a bit of a pain, but there is one tip that I have found makes the process much better, and that is creating .ipa files.

In order for someone to test an iPhone app you first need their devices UDID, this is a 40 character string that the tester can obtain by clicking on their serial number in iTunes, and then copying it.

Now all a tester needs is the YourApp.app file and the provisioning profile file to test the app. The problem is that the .app file is not a file, it is an application bundle, and is actually a directory. You can get around that by zipping it up and sending it to the person, but this still can cause issues - Windows 7 may insert hidden files into the app bundle causing the signature to be invalid.

There is a better way - Create an ipa file

Apple recently introduced the ability to create a single file called an ipa file, which contains both the app bundle and the mobile provisioning profile. This makes it much easier to distribute for testing, especially to testers running windows.

From the xcode Build menu select Build and Archive: 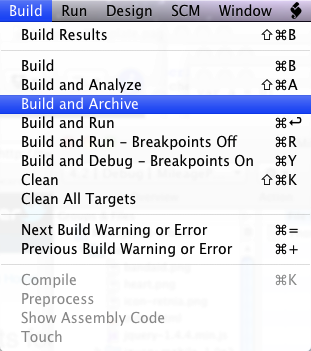 You can open Organizer by selecting Organizer from the Xcode Window menu. 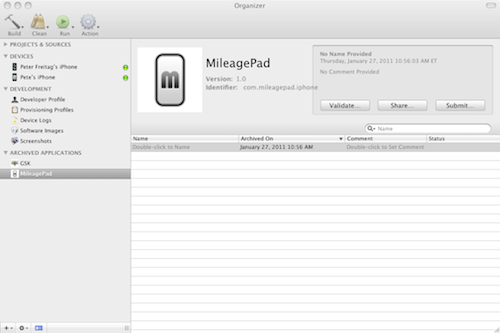 You will find your application listed on the bottom left under Archived Applications.

Step 3 - Save or Email the ipa File

Now the test user can simply drag this file into iTunes Apps to install it.

Howto Distribute an iPhone App for Testing was first published on January 27, 2011.

Another option is testflight.app they just launched, very easy way to beta test apps without passing udid's around.
by John wilker on 01/27/2011 at 11:27:47 PM UTC