I have been very busy today launching the CFImage Effects Component for ColdFusion 8. 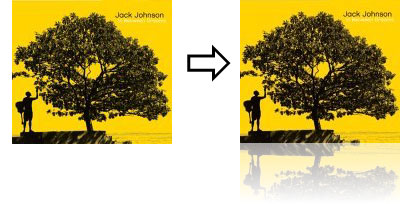 This next example I attempted to draw the CF8 logo using CF8. It makes use of the Gradient Rectangle Filler, the Drop Shadow Effect and also ColdFusion 8's built-in ImageDrawText function.

Next I am using several of the effects (Rounded Corners, Gradient, and Reflection) to create a plastic button:

Check out the CFImage Effects homepage for more info.

7 people found this page useful, what do you think?

Pete... You really should have examples of all of the effects this component is capable of. The ones you have look great though. by the way, your presentation on security at CFUnited was quite good. Thanks for it.
by Andy Matthews on 08/10/2007 at 9:21:47 AM UTC

I bought the CFImage Effects Library and I think it's great. In the next version, maybe have a way to specify which corners for the rounded corner effect in case you only want the top corners rounded. I was fooling around with combining the rounded corners with the drop-shadow and it's hard to get it to look right on all four corners. So I don't know if you can have a special rounded-corner-shadow or just a two-corner rounded effect
by Michael White on 08/12/2007 at 7:27:45 AM UTC

Maybe some kind of image overlay offset effect to create a drop shadow on text then overlay that on a gradient rectangle with rounded corners (and a drop shadow on the rectangle, too?)
by Michael White on 08/12/2007 at 7:49:21 AM UTC

Hi Michael, Perhaps a future update could include a rounded drop shadow option. I may also include the ability to specify which corners have the drop shadow.
by Pete Freitag on 08/14/2007 at 4:34:58 PM UTC